Udaipur is internationally popular as the City of Lakes thanks to the historic lakes passed on as a legacy by the visionary Maharanas(King) of the bygone era. There are around seven prominent lakes in Udaipur and among them, the most popular lakes are Fatehsagar Lake and Pichola Lake, these lakes are frequently visited by both locals and tourists, the reason for being the people’s attraction is the location of these lakes, these lakes are situated in the main city area and are easily accessible. Udaisagar Lake on the other hand is a serene lake situated in the outskirts away from the city hustle & bustle.

Udaisagar Lake is built by Maharana Udai Singh II in the year 1565 and this lake was built to cater to the water related needs of the people of Udaipur. This lake was built by building a dam on Berach river. The lake is approximately 4 km in length and 2.5 kms in width. The lake provides a mesmerizing view due to its existence amidst the nature, there are mountains as a backdrop of the lake which makes the view spectacular

Beauty Of The Udaisagar Lake

The Lake is bestowed with abundant beauty, when you reach the Lake you will find a well maintained Garden which has some food item and shopping item vendors at the start, after walking some distance the whole mesmerizing view get unveils, there is a ‘pal’ with railing and past that is the panoramic view of the Lake. The peace coupled with the chirping of birds gives utmost satisfaction, you can stroll on the long ‘pal’ or sit on the benches installed and enjoy the lake view.

When you further take a walk ahead you see the mesmerizing greenery all around, the green mountains topped with the yellow grass just stuns the viewers.

And the cherry on the cake is the Waterfall which you would find only in the monsoon after the Udaisagar Lake gets filled. An overflowing Udaisagar looks like this(Refer Video at the end):

The origin of water happens from the eastern hills which fills madar lake , water flows from madar and makes Ayad river after passing through bedla anicut, ayad river then ends up into Udaisagar. The overflowing Udaisagar merge into the Berach river.(watch video)

The berach river continues to meet other two river, menali and banas at Bigod in Bhilwara District. The meeting place is called triveni sangam and the place is considered holy by the people, this place is also reffered as mini pushkar.

How To Reach Udaisagar Lake

Don’t Use Google in this case, it will lead you to opposite side of the ‘Pal'(the main spot), refer the map given in the end.

You can reach Udaisagar Lake by adopting the following route, ypu can also refer to video or map given below:

3.Keep driving straight till you reach ‘Zinc Choraha’ (a diversion which leads to Hindustan Zinc) , this diversion leads you all the way to the lake. Refer the video below for more detailed route.

Google Showing The opposite Side Of The Lake, you shudn’t follow, refer this map below as you only need to get to the Pal: 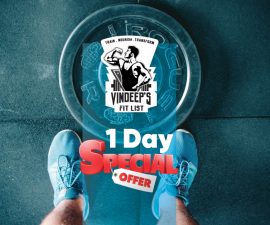 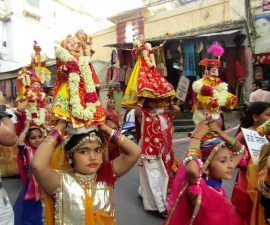 Gangaur is a vibrant festival of Rajasthan celebrated with utmost …
April 3, 2018
5 — 6 min read